Are there any symptoms of this disease?

​
The most common symptoms of pancreatic cancer are:
Jaundice
New onset diabetes
Sudden and drastic weight loss
Pain in the upper abdomen radiating to the back

According to Pancreatic Cancer Action, more symptoms include:
Indigestion
Pain on eating
Smelly and pale stools
Low mood or depression

There are many factors that contribute to the development of pancreatic cancer.  Several research papers point to many random mutations in specific cancer causing genes as the main culprit. A well-known and documented example is the G12D mutation in Kras gene. The mutation is found in over 90% of all PDACs. Some determined that it's caused by chronic inflammation of the pancreas. The constant inflammation is said to cause a transformation within the pancreas that leads to cancer  development. Others list risk factors which include smoking, obesity, diabetes and chronic pancreatitis. 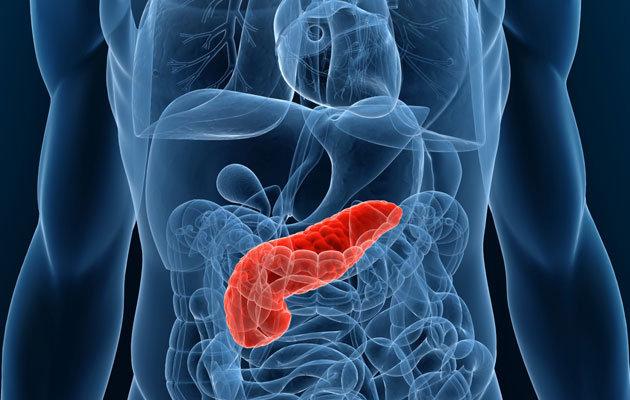 What is pancreatic cancer?

Obviously it's a cancer that occurs in the pancreas. There are two major types: adenocarcinomas and neuroendocrine tumors. However, a large majority (95%) of pancreatic cancer patients deal with the former. Adenocarcinomas (Pancreatic Ductal Adenocarcinomas or PDAC) occur within the head of the pancreas which is the digestive enzyme producing part. It's a relatively rare disease with only 1.5% of the US population affected. Even though it's not common, most of those diagnosed (94%) will die within the first five years! ​

​The disease is not usually detected until it has spread to other parts of the body. Currently, there is no FDA approved method for early detection of pancreatic cancer. Most people are diagnosed using imaging tests like CT scans, MRI and Ultrasound or a blood test. At the time of diagnosis, the majority of patients are at stage 4 of the disease. 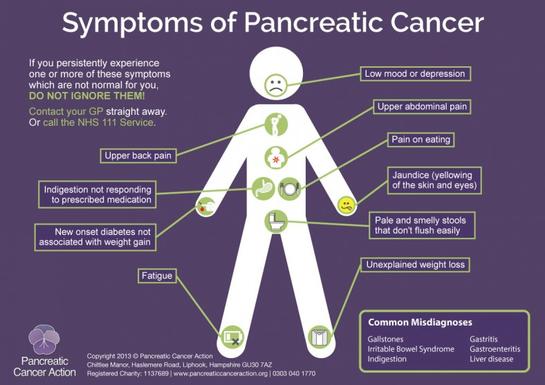 What treatment options are available?

Pancreatic cancer is often misdiagnosed since the symptoms can be mistaken for other conditions. Unlike most cancers where a biopsy can be taken easily, the location of the pancreas in the middle of the body makes it more difficult. By the time a correct diagnosis is made, surgery, which is currently the best therapy, is no longer an option. Current standard treatments include chemotherapy and radiation.

Are there any preventive actions?

We've all heard and should know by now that eating a healthy diet and staying active ensures a better life.  This applies to pancreatic cancer prevention as well. Numerous studies have shown that compounds found in natural foods can prevent cancer development. Foods rich in anti-inflammatory and antioxidant compounds like turmeric, lemons, grapes, broccoli and celery combat and keep pancreatic cancer at bay.